“There’s very little information on the Irish Glen of Imaal Terrier being such a rare breed, but there is information out there that they were used as kitchen turnspit dogs.”

The Glen of Imaal Terrier gets its name from its birthplace in County Wicklow in the South of Dublin, Ireland. 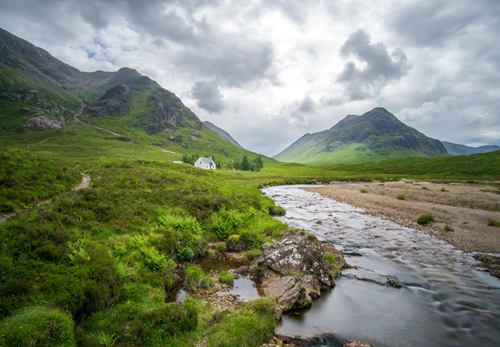 “The landscape back in those days in the Glen of Imaal was very hilly with rocks, marshy and wet, so fires needed to be going all year round.”

“You couldn’t have a horse or donkey inside to keep fires going and turn spits, the Glen of Imaal Terriers were smaller and easier to feed.”

“Even though they are little and a terrier type, there extremely strong and quick, but a docile dog.”

Outside the home, the Glen of Imaal Terrier was mainly used for badger hunting in the isle of Glen of Imaal in the Wicklow Mountains, Ireland.

The Glen of Imaal Terrier’s very muscular and strong front end, neck, and top line, with a body that’s longer than its taller, made them suitable as kitchen turnspit dogs. Front feet that turn slightly out, gave the Glen Imaal an upper hand when digging, turning turnspits, and even occasionally churning butter. The almond-shaped eyes of the Glen of Imaal Terrier are protected from dirt by their long eyelashes and they were prized for their digging abilities and determined attitude.

“They are much stronger than my previous working dogs like Australian Cattle Dogs and Australian Kelpies.”, said Tarni.

A rare breed in Australia

The Glen of Imaal Terrier has been around since the 17th century, as one of the earliest known terriers native to Ireland and is considered a rare breed in Australia.

In the early 1980’s, Mr and Mrs Ash imported the first male and female to enter Australia from the UK and got involved in conformation shows.

“Kathleen O’Donnell from Taufield Terriers introduced me to the breed, about five years ago when she had puppies with her at a dog show, and I just fell in love with them.”, said Tarni.

“I bought a female from her and discovered how rare the breed was here in Australia.”

“Due to the lack of gene pool in Australia I decided to import a dog from the UK, and shown him to Australian Champion and had my first Glen of Imaal Terrier litter born in April 2021.”

The modern-day Glen is very close to its original type in appearance and temperament. 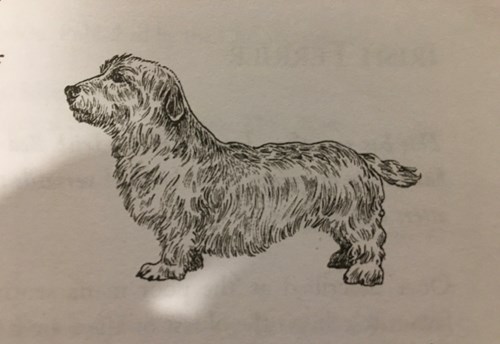 Image credits: A dictionary of dog breeds by Desmond Morris

Today the Wicklow Mountains is a military zone owned by the Irish Ministry of Defence.